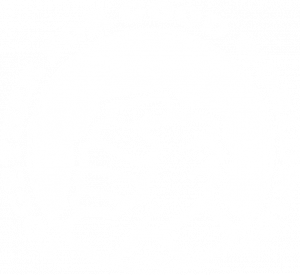 Even as a young girl, singer-songwriter Jana Stanfield felt that she was being called to do amazing things and she was certain she wanted to make a difference in the world somehow.

On a trip to Southeast Asia, she witnessed the extreme poverty in the world; the hungry children, the women and young girls at risk who lacked the skills necessary to lift themselves up on their own. Her ‘true calling’ was calling her

In 2019 Jana Stanfield met a group of refugee students in Malaysia who became her fast friends.

She learned that they had faced great trauma leaving their home countries, never felt safe, were caught in limbo, and were unable to work legally. Never believing they could hope for more, girls wanted sewing machines to be able to make a living, only to pass on a legacy of poverty in order to survive.

Jana, a former T.V. broadcaster, knew the power of video and had a persistent idea that if she could somehow provide young teen refugees with a computer, internet access, and some basic skills, she could teach them a path to sustainability. She knew how proud they would feel to help lift their families out of poverty.

This started a ten-year quest to use film production skills as their path from ‘refugee-to-free,’ and they regarded Jana as their ‘Harriet Tubman’.

Jana started by sharing her cell phone to teach them how to edit short videos and witnessed how quickly her eager and hungry students learned. To guide work their way, Jana reached out to her speaking and recording friends who needed videos to promote their businesses. And so it began. Dipping into her own pocket, and with a handful of donations, a few used laptops took the place of sewing machines, creating a more expanded path to sustainable dignity.

Jana gathered a handful of loyal, dedicated, and talented co-founders around these amazing students, and manifested amazing instructors for the students.

A curriculum continues to evolve that includes a certification in video production and coaching. We bridge time zones and run online classes 5 days a week, and have another group of refugee students on a waiting list to join us.

The students are building their own business so that eventually give a hand up to other refugee students that follow in their footsteps.

We have big dreams. We are brave. We are changing the world one video at a time.

We are Together For Good Worldwide.

Learn more about our multimedia newsletter.